Home / I’ve got The Fever

As ever it took weeks to admit that I had a problem.  Eventually the pain in my joints became such that I could no longer hold a paintbrush… or stand perfectly upright, but who cares about that… and at this point the diagnosis was clear: mental weakness.  This is the sort of logic that comes from being raised in the House of Athletics by a professional basketball coach.  I assumed I was just getting older, this was what getting older feels like and it was time to pull up my big girl pants.  After all I know plenty of artists who are older than me and they aren’t little wusses – they don’t stop painting just because their backs “hurt.”

Accordingly I created an elegant system of velcro arm braces and proceeded to push through.  Then came a proper diagnosis.  Then swelling then self-pity.  Then compassion.  For people who have real problems.  I’ve helped out artists with manual tasks that they couldn’t hack but I’d never been on the other side of the equation.

I rarely have to make peace with feeling a bit helpless.  Motherhood continues to be the long-haul education in accepting help, looking out for others, and keeping things in perspective but I can’t say that this Dengue Fever crash course didn’t school me.  As I settle back into painting I’m now more keenly aware of the need to be reasonable with myself: I’m delegating to save time and I’m taking time to really be conscious of what I’m doing.

If you haven’t tried a bout of Dengue I really can’t recommend it highly enough.

Early brace prototype: taping a brush to one’s forearm isn’t the perfect solution.  It goes without saying that a system of velcro straps is needed to allow for frequent and easy brush switch-outs. 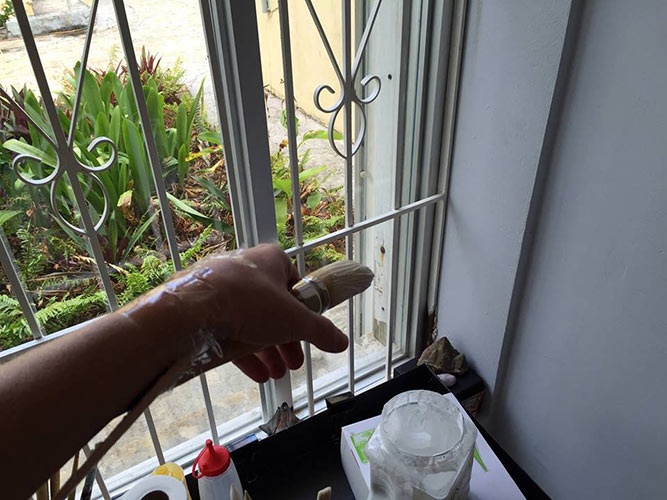 So what to do while I couldn’t paint?  Re-arrange the studio!  I’ve heard many artists say that they get some of their best work done after reclaiming their space.  I had long used a wall of the studio for source images but over time the wall became both too visually unwieldy and I needed it cleared in preparation for working on larger pieces.  Endless blessings upon the head of the college girl who sliced each of these important images off the wall and then filed them for me… 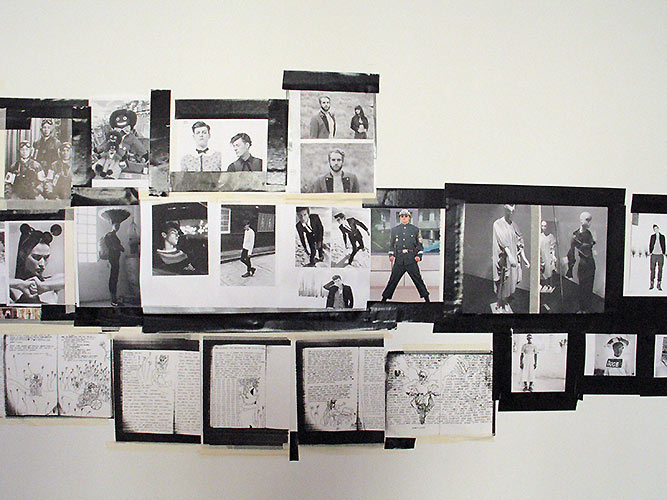 Happily my crone arm was limber enough to point to various images while I squawked out their appropriate filing designation: “Voodoo.  Of course that one goes in the Voodoo file – don’t you see it’s a Dolce & Gabbana clock necklace!?!”  (Again, endless blessings upon the head of my young assistant.) 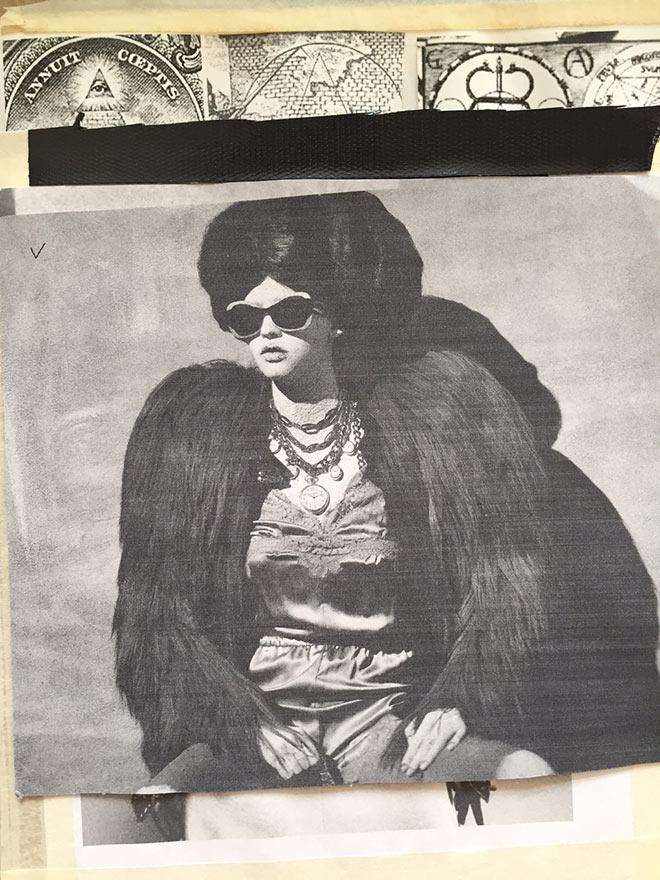 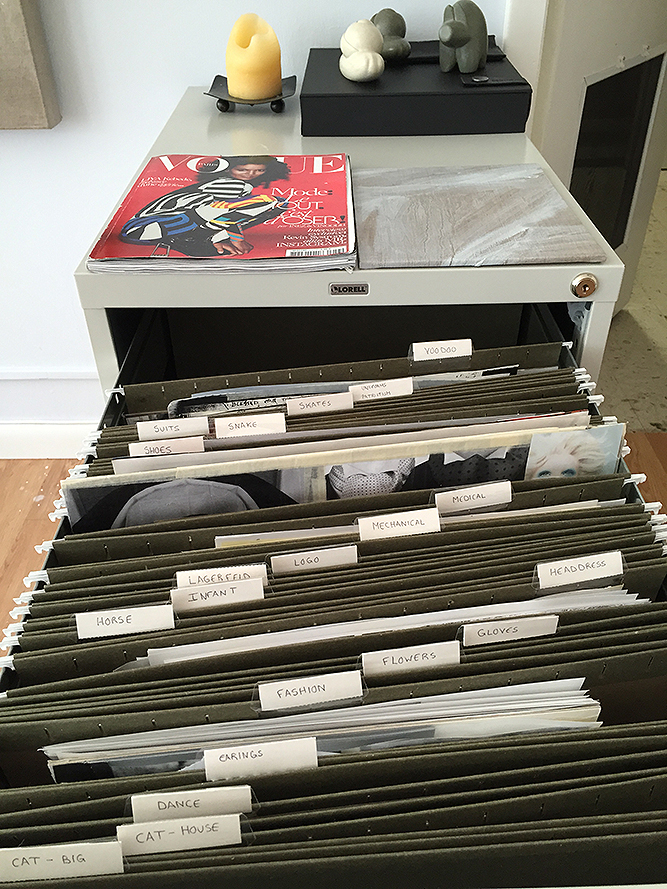 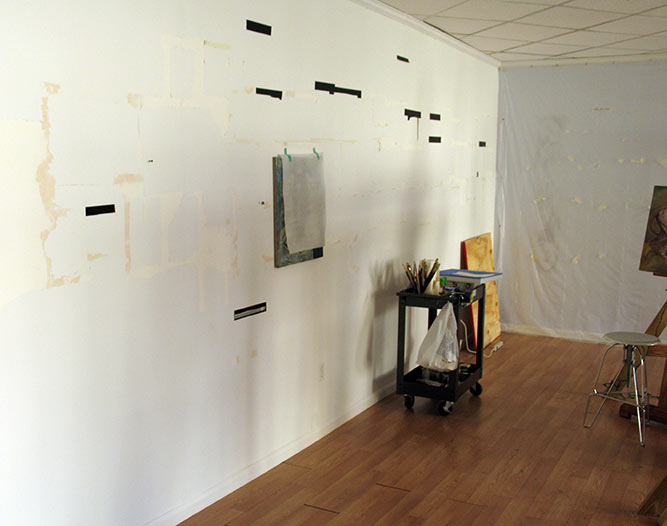 Stay tuned for my next star-studded blog entry in which I learn life lessons from Britney Spears. 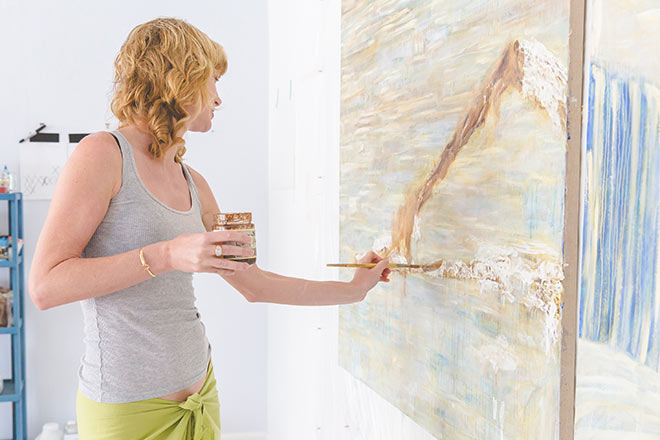 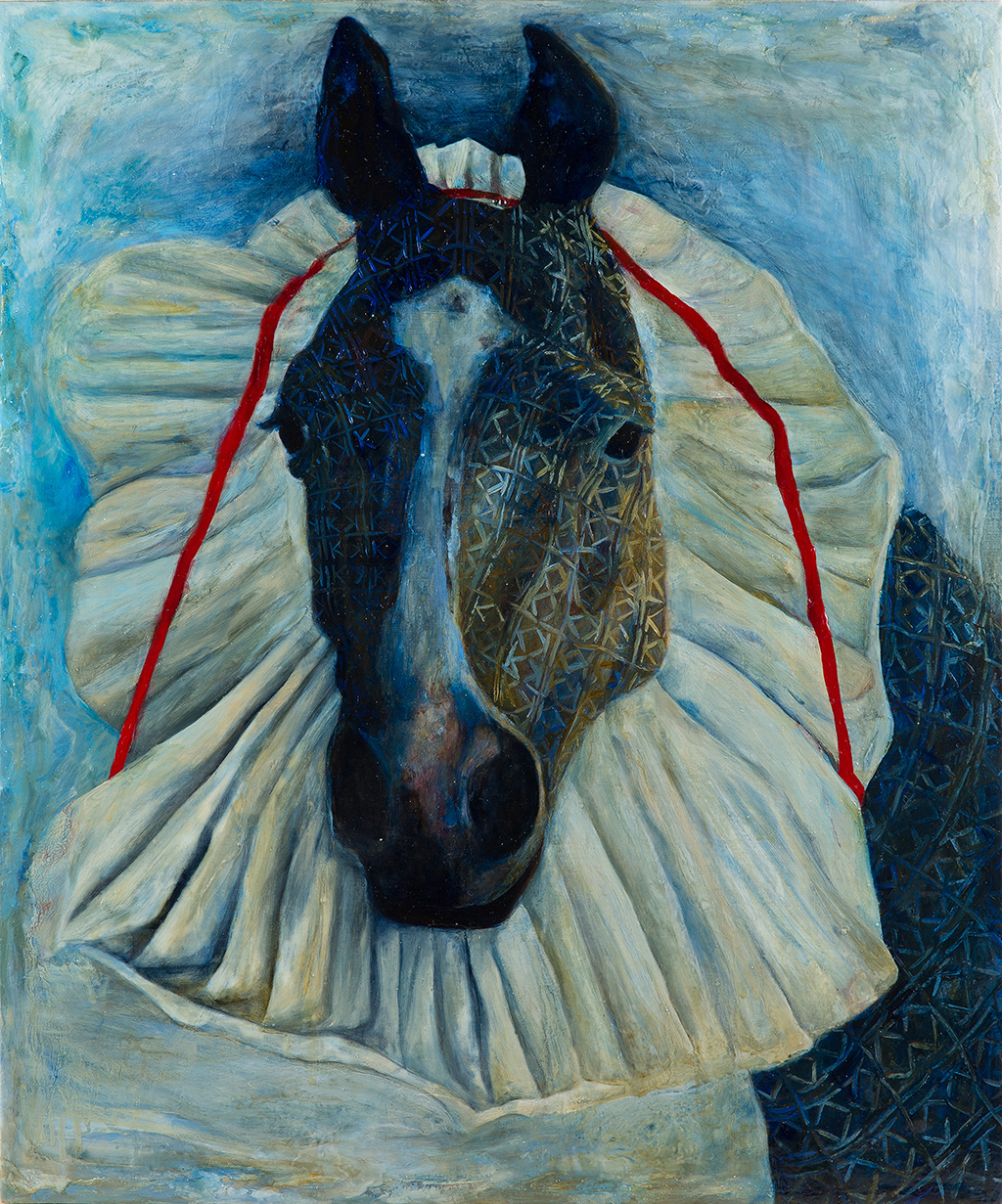 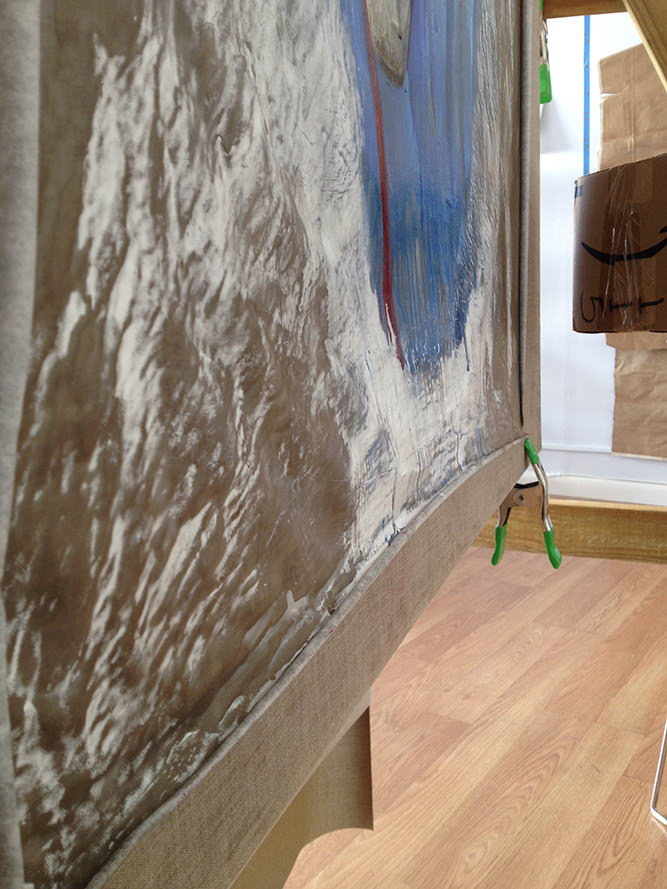 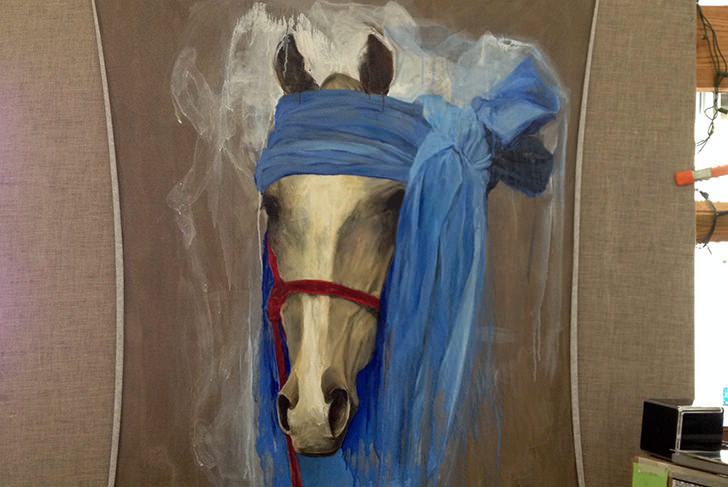 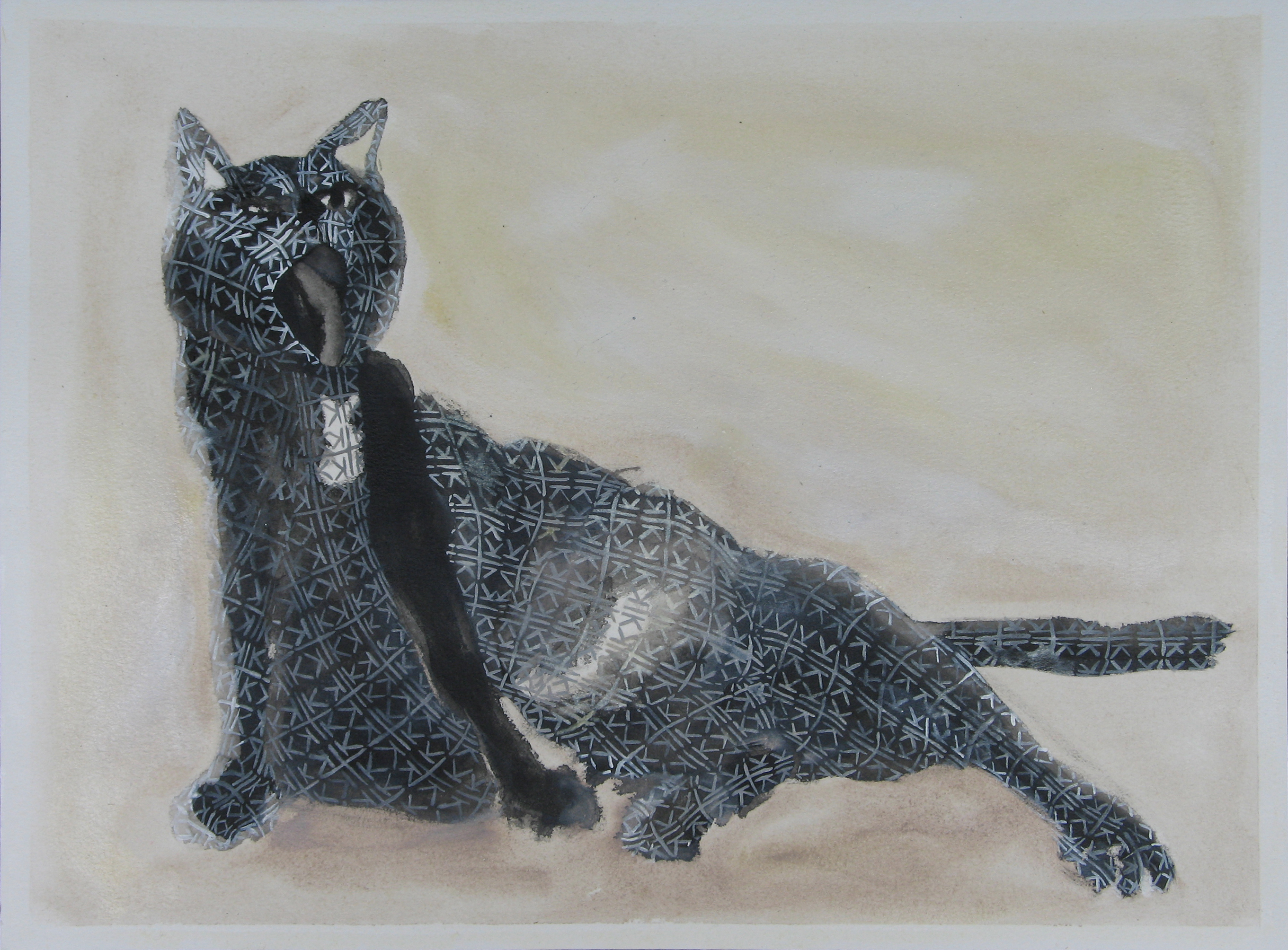 Only 100 cats away from a new coat 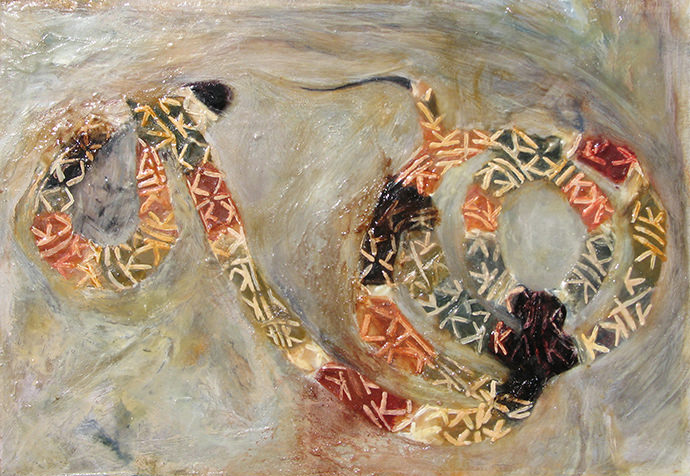 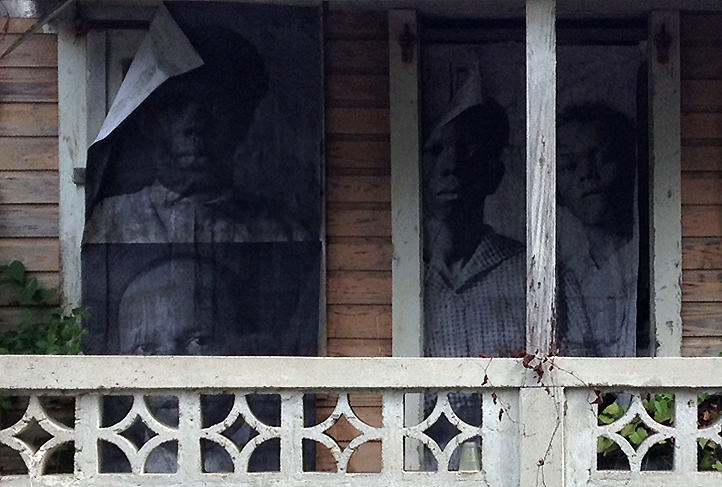 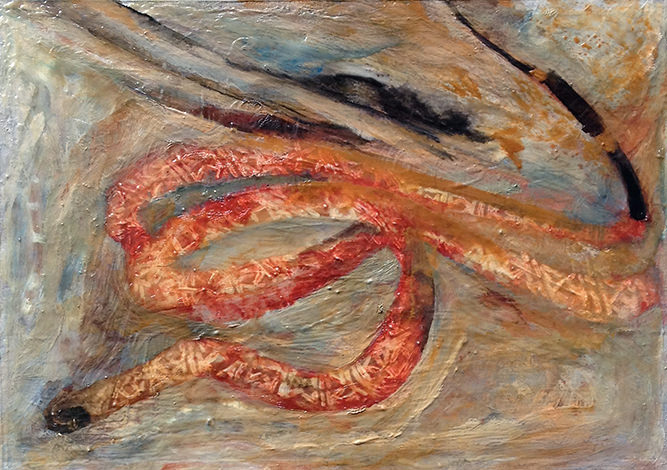 The View from Inside My Head