BY BRYON CARR AND KHARIS KENNEDY

Dance to Me documentations a collaborative, studio-based performance between Seattle-based modern dancer Bryon Carr and visual artist Kharis Kennedy, who resides on St. John in the U.S. Virgin Islands. Filmed in a controlled, neutral environment, the work is comprised of a filmed diary of sixteen dances exchanged between the two artists on a daily basis via webcam. Agreeing to an open process, Carr, a dancer and choreographer whose training focused on classical ballet and the Martha Graham and Merce Cunningham techniques, choreographed a 90-second phrase facing a camera. Kennedy, who is not a trained dancer, strove to follow Carr’s recording as it streamed on a computer situated right below the camera. The shared, intimate experience between these two artists through the replication and reinterpretation of their movements, and the process of continually responding to each other without any predetermined expectations, revealed how the body constantly discloses our own personal histories.

Also an interactive piece, the affiliated website invites viewers to dance to Bryon Carr and Kharis Kennedy as collaborators either inside a dance booth or through their personal computer, where their movements will be recorded and then added to an online archive, thereby creating a virtual palimpsest of personal experiences and histories that transcend racial, generational, geographic, and gender boundaries. 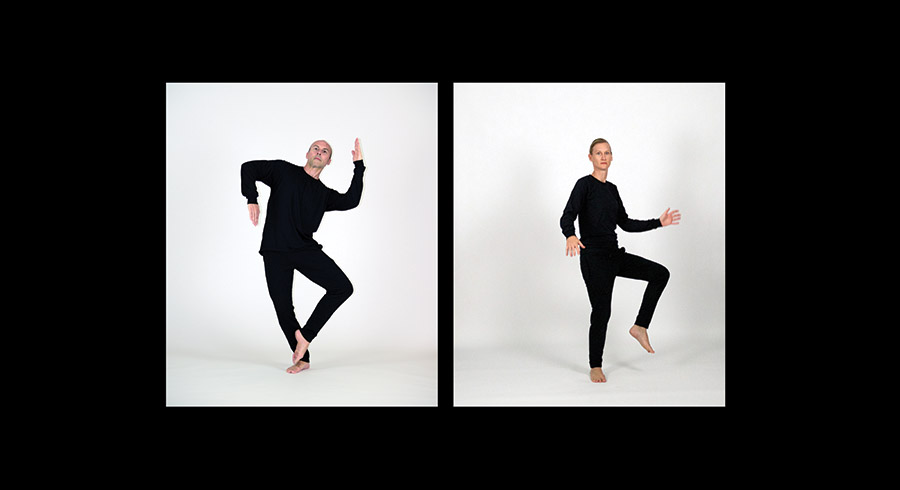